What is the Cost of a Video Production Company?

The price of hiring a Video Production Company to create your dream corporate video varies on a plethora of factors. For that reason it is quite hard to determine an set price, as a video production agency can be very different to the next in terms of what services they provide and how they go about creating a video production. The following guide will give you things to think about when commissioning a professional video from a local video production company and what the average costs include. 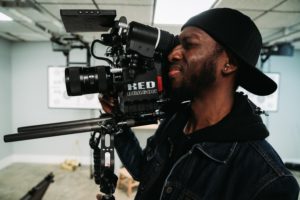 When considering a corporate video and thinking of hiring a video production agency to make your video, you should understand all of the elements that will come along with the cost. The use of equipment, including cameras, lighting, stands and other side items to make your shoot go smoothly and so on. Then of course comes the experience and number of different people partaking the in the filming, the videographer, the director, or possibly actors or voiceover artists etc. Travel is another factor, are you working locally, regionally, nationally or internationally? Other associated costs may include possible accommodation for the crew and time should be weighed up if necessary, in price. You should also consider the pre and post production, with the planners creating storyboards and scripts in pre-production being integral, and then the post-production in editing and effects are key to factor into cost too. Of course, this is all dependent on what exactly it is you are wanting.

Another thing to consider is whether your video production is to create a one off video or it’s being used as part of a video content campaign. Campaigns tends to be more cost effective as you can plan for a master suite of content and then repurpose the video content into various video edits, for various audiences and uses. This makes the videos more effective rather than a catch all piece of video content that may be less targeted.

How much does a short promotional video cost?

Based on the information above a one off promotional video may be priced at anywhere from £2,000 – £5,000. Whereas a campaign that contains lots of content but is based around one main ideas may cost anywhere from £5,000 – £7,000. This would bring the overall cost per video down.

Perhaps you already have your film planned, and possibly it is something quite minimal that doesn’t need a full film crew, production or editing. Some event filming is a good example of this, where you need something capturing professionally and need the footage handing over to do your own editing. At this point you should think about hiring a videographer for the day. They will have their own equipment and can work to a fixed brief.

How much does a videographer charge?

A professional videographer may charge anywhere from £500 – £800 for the day depending on their kit and level of experience. Expenses would normally be added on top.

Animated video is an alternative to video production, which can often include some cost benefits. Due to its complexities though it can be more time consuming to create. There is a lot of pre-production to incorporate into an animation as it takes time to get the video script and visual storyboard developed and produced. Animation can include additional elements such as subtitles, translations into different languages.

Sometimes yes and sometimes no. The main difference between 2D and 3D animation is down to the three dimensional camera movements and lighting that transforms an object from something flat into something a lot more dynamic. 2D animation can be fairly complex still with lots of movement, transitions and graphics. If this video is a longer duration too then it will cost more to produce than a shorter more basic 3D video. 3D animation may require modelling work for objects, people or environments,. Depending on the level of detail required this can take time to produce which will lead to a higher cost. 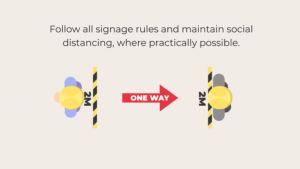 If we were comparing costs side by side then this would be an average guideline price. 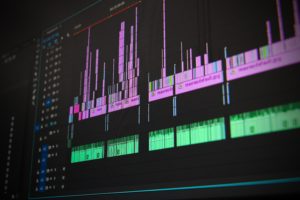 It may be that you have your video filmed, and only need to focus on the post-production side. Every video should be edited to an extent, and having a professional video editor is key to making sure your video is primed and ready to go in the sleekest and most slick form you can get. Prices can vary depending on the video, but if you’ve already saved yourself a lot of money on the pre-production and actual production of the film, a video editor can be quite affordable depending on your budget.

What is the cost of a professional video editor?

Costs for professional editors will vary from each production agency to another but the typical day rate may fall between £400 – £700 per day.

Some video production agencies will also promote your video after completion for you. Using heavily researched SEO keywords and techniques, in house marketers and experts can optimise your video content across many social media sites, including YouTube, Google My Business and even your own website should you require that assistance. Day rates for this may vary but again will fall between £300 – £600 per day.