While video and film is and always will be our thing, we’re a media company, so we’re all attached to many different types of media. Video Games are just one of these forms. We’ve all played a game in our lifetime, and perhaps we still are. It’s great to be put into a virtual world where you are in control of the characters and stories and totally get lost in these worlds. So, we thought we’d talk about some of our favourite games, a change to our normal discussions about film and TV. So if you’re ever thinking about picking up a controller soon, give these recommendations a go.

We all know GTA, and we’re all getting to know RDR a lot more now. Huge, open world, do whatever you want simulators set in an LA inspired world and the American West. Rockstar’s flagship titles are insanely immersive and are so easy to jump into. So if you’re feeling a drive through Los Santos or a horse ride across a mountain, these games are just aching to be played, if you haven’t already. They’re absolute firm favourites across the office! 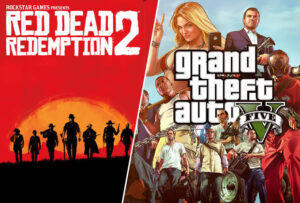 If you’re up for a relaxed and laid back experience, it’s worth picking up Animal Crossing: New Horizons or any other games in the series if you’re a Nintendo user. What’s so great about this game? You get to create your own island paradise, decorate it however you please and get to know your other island inhabitants. It’s simple enough but it’s very easy to sink tons of time into this very lovable world. It’s all the rage at the moment, and if you have a Switch you can’t not pick it up. 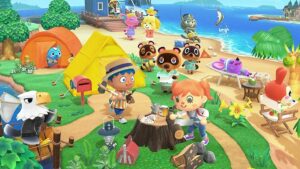 If you’ve played any old school Mario game, you’re bound to love this. Probably the biggest and most ambitious Mario game to date, there’s so much to do and so much adventure to have. It’s full of nostalgia, including the old Mario platforming levels you can play such as the original Donkey Kong arcade experience. It’s a great game to pick up now and again when you just want some escapism. Plus it’s Mario, and everyone loves him! 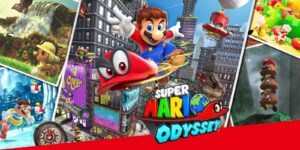 If you’re fancying a bizarre first person shooter experience, then look no further than BioShock. We’re storytellers, so naturally we love a great story. BioShock’s undersea world of Rapture has one of the most impressive story experiences ever, and combined with a dash of horror and some amazing shooting and superpower combinations, it’s one best to go in blind with – as with it’s sequels. 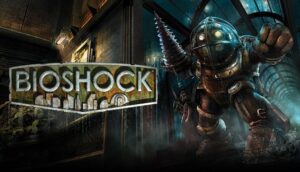