The Invisible Man and Artemis Fowl: Should films divert from their source material?

Have you seen The Invisible Man yet? Leigh Whannell’s new take on the iconic character has audiences and critics alike buzzing with excitement and positive reviews. The film is a fully fledged psychological horror, a big departure from the original story by H.G Wells. It’s very much it’s own thing, really just taking the name from the book and the character but turning them into something really quite different. However, with this brilliant feedback in mind, the new Artemis Fowl film trailer was released this week, and fans aren’t happy due to the beloved and titular character from the book series turning into a superhero, rather than evil genius that he is in the books. It got us thinking… where is the line? With one remake taking such a shift and changing everything getting glowing praise, and then another adaptation doing the same thing but fans hate it. It’s an interesting topic, and we thought we’d delve a little deeper into it.

So why did The Invisible Man, a film that shifted everything about the original story for a new take in the new movie, do so well? It’s very much down to a lot of things. You see, The Invisible Man is a total reimagining of the story, shifting just about everything. Now taking place in a modern setting, today’s technology plays a large part in the film, and as well as that it tackles relevant issues of today – including a very well represented case of domestic abuse. It feels like you’re watching something totally different and welcoming to a new audience, considering the original film came out in 1933, not a lot of people will be aware of it or exactly who the character is. 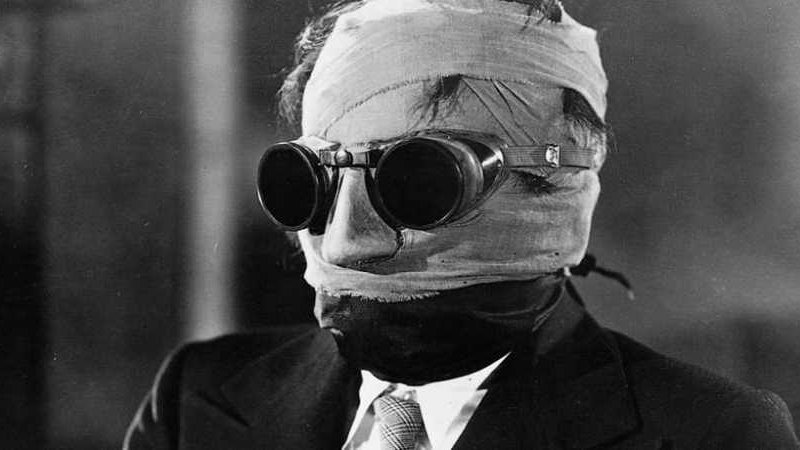 The characters and story are totally fresh and unique, a breath of fresh air. Most reboots do the same thing over and over again, but in this case Whannell has created something totally different – and perhaps that’s what audiences are hanging onto the most. It respects the original and manages to carve out it’s own identity at the same time. Everyone wins in this case, and now the story has built a new fandom.

Yet, with Artemis Fowl, there’s a big difference. Whilst the new movie has dared to do something different to the books, it’s hard to not acknowledge the book series’ modern fanbase. This is a relatively new property, unlike H.G Wells’s The Invisible Man from 1897, meaning Artemis Fowl‘s fans are a lot more vocal and prevalent online. Plus, it’s a massive shift for the character. Artemis Fowl is a young and evil mastermind, and it’s interesting to see an antagonist as the lead in this book series. Changing that character is such a shift that the filmmakers may as well just rename it and give it it’s own identity. When fans have such an investment in the character and the history, it’s sad to see a long awaited film adaptation do this. You could say it’s good for the filmmakers to do something totally different, but do we really need another hero as the protagonist considering how many other books and films do exactly that? Plus, if the film stuck to the source material, surely viewers of the film would possibly want to read the book series if they haven’t before. Of course, the film hasn’t been released yet – but it’s still the talk of the town, and to fans it seems the damage is already done.

There is also of course Joker of last year which was a massive shift from it’s source material that it managed to pick up eleven Oscar nominations and two wins! Many films are adaptations of other properties, and people will respond in different ways depending on their attachment to the source material, as Joker did. It’s good to have a film that pushes boundaries – but also respects it’s fandom. It’s interesting to see the comparisons between these films and their feedback – but perhaps it is mostly down to personal taste in the end.