The Best Christmas Movies Of All Time

Christmas Movies! It’s that time of year again, and what’s better to get you in the festive mood that a good old Christmas film. The only issue is that there are just way to many to choose from. We’ve put together a list of our favourite Christmas movies of all time, so if you’re stuck for choice (which let’s face it, you shouldn’t be!) we’ve got you more than covered. 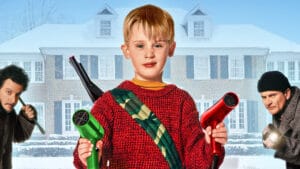 One of our favourite Christmas movies has to be the John Hughes’ written classic, Home Alone. Undisputedly one of the greats, telling the story of Kevin McCallister who is left home alone one Christmas by his family. He’s overjoyed at this newfound freedom, and soon finds himself fighting off the infamous Wet Bandits who plan to steal from the house. If you haven’t seen this one… what are you doing? Go watch it now! It’s as famous as it is hilarious, charming and simply just so festive. And once you’re done there, go and watch the sequel! It’s almost as good. 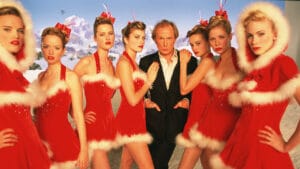 This one seems to be very marmite, you either love it to bits or you can’t stand it! Whatever your opinion, you can’t deny how classic of a film it is. It’s undeniably British, with it’s very British style of humour, cheesiness and whole host of actors that are staple of the British film industry from Alan Rickman to Bill Nighy. Yes, it’s not perfect, it can be very odd at times, but if you can take it as a ‘so bad it’s good’ kind of film, it definitely deserves to be on our list of favourite Christmas movies. 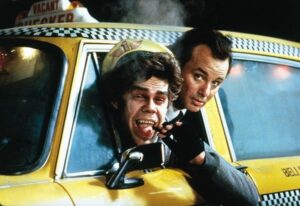 We feel this Bill Murray classic often gets hidden in the wave of amazing Christmas movies there are out there, but if you can find it, we recommend it! A re-telling of Charles Dickens’ A Christmas Carol, Scrooged tells the story of Frank Cross, a cynical and selfish television executive, who is visited by a succession of ghosts on Christmas Eve intent on helping him regain his Christmas spirit. If you know the famous story, then you’ll find some enjoyment in this wacky retelling with a top performance by Bill Murray. 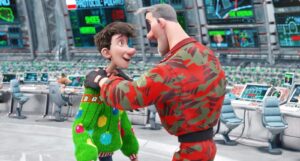 We can’t forget about animated Christmas movies, and none other comes to our minds than Arthur Christmas. When Santa’s  son Arthur learns that a technical glitch has caused a little girl’s Christmas gift has been misplaced, he sets out on a mission to deliver the present before it is too late. It’s a rather charming film with a brilliant British cast once again, including the likes of James McAvoy, Hugh Laurie and Jim Broadbent. 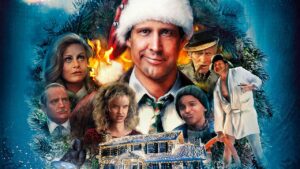 Christmas movies usually seem to be comedies, and there is no other Christmas comedy that can top the classic National Lampoons Christmas Vacation. Starring the classic Vacation franchise family the Griswold’s, who one year plan to have the best family Christmas possible… except that of course doesn’t go according to plan. There’s so many classic moments in this film full of humour that, if you haven’t seen it, we won’t spoil. It’s too good to let those moments fester in your head without seeing them first! If you love Chevy Chase and National Lampoon humour, we have a feeling you’ll love this.

Looking for a festive laugh? Check out our Christmas skit from last year here.