‘It’s a Sin’: Our Spoiler-Free Review

We’ve been blown away by Channel 4’s new show from writer Russell T Davies, It’s a Sin. You’ve probably seen a lot of the marketing going around, as it’s become Channel 4’s most binged show. But what is it? The show tells the story of a group of gay youths studying in 1980’s London. Our characters are having the time of their lives, drinking, dancing and forming close relationships. However, the infamous disease AIDS is becoming a household name, especially among the gay community. Back in the 80s, the disease was either not taken as seriously, or was severely ignored. The five part series explores how our characters deal with the disease in a time where their community wasn’t as valued and respected as it is today.

The way the show portrays this disease is very mature, yet unique. Davies almost portrays AIDS as if it is an actual supervillain of sorts. He makes it ominous and terrifying. And since not a lot was known about the disease during this period, the fact that the characters don’t understand or comprehend it just extends how challenging and scary it can be, and even though we understand the danger of it, the people we’re following and care for in the show don’t. This just amplifies how fearful this show can be. It keeps you on the edge of your seat, hoping everything will be ok. 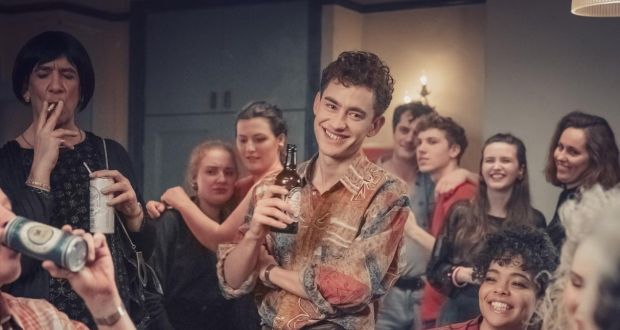 The cast and performances are also top notch! Olly Alexander plays the main role of Ritchie fantastically. Our lead character who we’re with throughout the entirety of the show, going through every emotion and feeling he is. The gang’s best friend and mother figure, Jill, played by Lydia West is also amazing in her role. Almost being the surrogate for the audience in a way, as she watches and takes seriously everything that is happening around her and to the people she cares for. There is also an amazing performance from Keeley Hawes in the later episodes.

This is just out short, non-spoiler review. Honestly, it can be for everyone. It’s an important look at a devastating illness that has come out at a very convenient time – highlighting how it is our responsibility to stop this life threatening disease where we can. It’s a rather short series, so you can finish it rather quickly, and we’d imagine you’d want to binge it in one night. It’s that good! We couldn’t recommend it enough.