COVID-19: Should delayed films be released on Netflix and Disney+?

COVID-19 has effected a multitude of different industries massively. There’s little doubt that in the coming months when we hopefully return to normality, lots of these industries will be changed in various different ways. One in which is the cinema industry. With cinemas closing their doors to prevent the spread of the disease, and so many countries all staying at home, streaming sites such as Netflix and the newly released Disney+ have seen a boost in subscriptions, for obvious reasons. Yet, cinemas are struggling, as it gets to blockbuster season, films such as No Time To Die and Black Widow have been put on hold until later in the year – and even then it is uncertain. But with streaming sites becoming more relevant than they ever have before, should the decision be made to start putting these delayed movies on these sites for us all to watch in self-isolation? 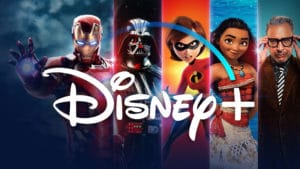 There is without a doubt a case for and against. It’s a shame that all of the biggest releases have been pushed so far back, and for Disney fans, this is even more so disappointing. Films such as Marvel’s Black Widow and the Mulan remake have been eagerly anticipated by fans, but with their status uncertain, so are fans. Yet, and easy remedy would be to premiere these movies on the new streaming site Disney+. Having released in Europe, the site is getting incredibly big traction. Rumours persisted that Disney would put them on the site, however would charge a price for these films on-top of the subscription price, like a virtual cinema ticket. This could work, as recent cinema releases like The Invisible Man and The Hunt have had the same treatment, and they have done very well in terms of digital sales. This is a great move that Disney could benefit from during this trying time. With Black Widow being pushed back to November, it could be that lots of fans lose interest and would rather see it as soon as, when they were promised – so the film may not do well at the box office anyway. 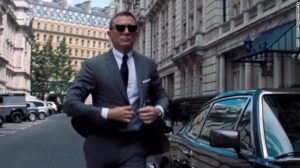 On the other hand, cinemas would lose out. It could be said that they may very well be in danger after this, especially within the first few months. Less and less people will visit cinemas until social distancing measures are weakened, and many will vow to stay at home until things blow over, sticking with Netflix and Disney+. With that being said then, it’s integral that cinemas have these releases to fall back on to get them going again. It can also be argued that people would rather see a massive blockbuster like Black Widow in the cinema, for the true cinematic experience – on a big screen, loud and proud. Putting it on Disney+ would only ruin that experience for some, or if some people prefer that, it may encourage Disney to do this more, making cinemas lose out.

It’s a shame as whilst we all want to see the new Bond movie and the latest Marvel releases, it’s important to consider the further damage to companies and industries that hasn’t been done by the virus. The great thing about streaming services is that they are all constantly updated and we have a plethora of content already at our finger tips. Maybe we need to wait for these movies to come to cinemas so we can enjoy them in the best way possible. But then possibly, by that time, cinemas could be struggling. Perhaps this is why we need to support them as best we can.