So it’s occurred to us recently whilst we’ve been browsing Netflix in our free time that we’ve been watching a lot of the same stuff over and over again, or stuff that’s so similar to what we’ve already watched, we may as well not branch into watching other things.  But why is that the case? It can’t be down simply to the simple fact that we like a certain genre or type of visual media, because everyone likes more than one genre. If you could, we’re sure you’d love to watch a comedy now and again as compared to the vast amount of docuseries you’ve been watching. So what could it be?

Netflix’s algorithm is designed to cater to the individual and your favourite genres and subjects. Infact, you could literally create a new account, watch a single documentary, and the rest of your recommendations would be documentaries. Usually, these recommendations are the first things we’ll see, and many people just don’t want to have to scroll to find something. They want their content fast, immediately. That’s what Netflix is designed for. And sure, this isn’t applied to everyone, as a lot of people will search for something else. But sometimes it can be hard to avoid.

What exactly can you do to avoid this? Well, as we say, it’s good to create a new account, or separate profiles, in which you can dive into a new algorithm you’ve made for yourself. Feeling comedy? Choose your comedy profile. Want a horror? Set up a spooky profile. This might sound silly – anyone can just say no to their recommendations and search for something else. But you’d be surprised on how your mind works, and how trained it is to choose the content that’s hand picked for you by Netflix. Another good idea to combat this is to create a watchlist, as soon as you set up an account. Go through the entirety of Netflix and add everything you like the look of to it. Your watchlist usually appears at the top of your profile when you enter Netflix, so you’ll always have a nice mix of content to choose from from the get-go. 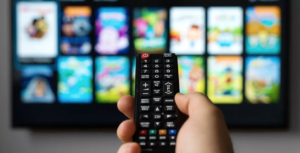 The algorithm is a difficult one. Big filmmakers such as Martin Scorsese have criticised it, saying that a lot of Netflix’s best stuff is buried behind the vast amounts of ‘content’ such as shows like Friends which Netflix update their licensee to have on their site constantly because they know people will rewatch, constantly. And if that’s trending, other films and TV that are amazing, are going to be overlooked. Lost in the content we like, but really could avoid in favour of something else for once.

So next time you enter Netflix, think about it. Is there a hidden gem that you could be looking for instead of re-watching that documentary you’ve seen so many times? Perhaps you can find something new to love and recommend to others that you never thought you’d ever find.